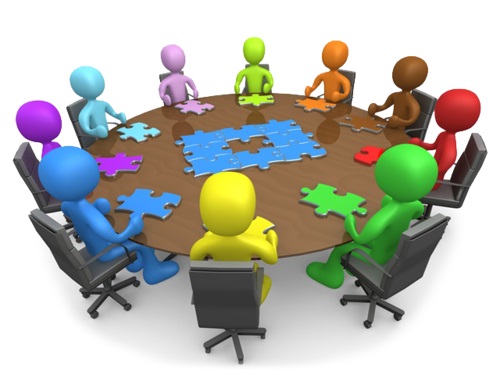 Mentoring groups (also called rings or circles) are becoming very popular. Let's start with some basic information including what it exactly is and some pros and cons of this approach, but first, let's recollect what is mentoring in its' general definition.

People often ask the question: "what is the group mentoring?" A mentoring group (ring or circle) is a collection of mentoring relationships that meets together on a regular basis for an agreed upon length of time.

The multiple mentoring relationships in the circle include those between the mentor-facilitator (or facilitators) and the mentees as well as the peer mentoring relationships among the mentees themselves. The groups typically consist of eight to twelve mentees and one, two, or three mentor-facilitators. (As an example, Microsoft Corporation selects three mentors per ring, ensuring two mentors will be available in case one of the three is called to an urgent work task.)

Many people point to small circles of one type or another (e.g., work teams and study circles) and assume that these are mentoring circles. Generally, they’re not. What defines an authentic mentoring circle is that the circle's main purpose is to help individuals be accountable to one another on the two tasks mentioned above.

Mentees find that they can benefit from joining a group before, after, or at the same time as they work with individual mentors.

As noted earlier, mentoring rings exist in order to help mentees identify development goals and build competence and character to reach those goals. In addition, especially in the workplace, the overarching purpose of most rings is career development often in the context of understanding and working with diversity. Some circles form in order to give members exposure to cross-functional and cross-geographical issues. rings outside the workplace focus on many other purposes from member's spiritual development to the attainment of increased social and emotional intelligence.

Circles are designed for specific audiences such as new supervisors or managers, high potential leaders, future firm partners, or affinity rings can be the same gender or mixed. Mentor-facilitators are chosen based on the purpose of the ring and the mentors expertise, interest, and availability. Most organizations regulate mentee membership through a screening process and assignments to specific rings. Typically, people are invited to apply on their own, and managers are also solicited for nominations.

Planners must decide how long, how often, and where circles will meet along with how many circles to hold at any one time. The latter depends on how many mentees want to participate, available and qualified mentors, meeting rooms, and how much time coordinators have for supervising all the activities.

Most circles exist for six to twelve months, sometimes extending for another few months. Some rings are ongoing, although our philosophy is that authentic rings should have planned endings to prevent them from losing momentum, to expedite progress toward goals, and to free mentors and mentees for other mentoring relationships.

Most groups meet monthly on the same chosen day for one and one-half to four hours. Workplace groups usually meet on site in a conference room. In other organizations, groups may opt for restaurants or members’ homes. Members sit in a freestanding circle or gather around a large table.